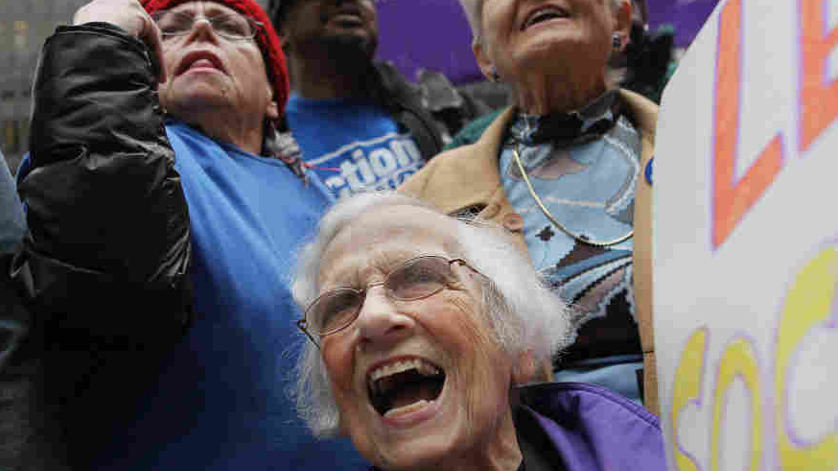 It is Election Day in the Obama field office in my neighborhood in Northwest Philadelphia. Volunteers are sprawled in every corner of the chaotic office. They are perched on tables, huddled on cell phones on the floor, milling around waiting for driving assignments. Individuals of every age and ethnicity are eager to help out.

This intense effort is guided by volunteers who have been giving the their days and skills to the campaign for months. There are the greeters, who sign in every single person who crosses the threshold. There is a “comfort captain” who passes through the office distributing cookies and candies from a beautiful basket. There are Neighborhood Team Leaders, who recruited and supervise volunteers in their micro-communities. There are driving captains, canvassing captains and phone bank captains.

And there is Maddie. I’m not sure what her title is, but Maddie is everywhere. Her braids fly as she moves about the office. She has a kind word for everyone, and she is clearly “fired up and ready to go.” She is in the middle of organizing drivers to bring food to voters waiting in long lines at polling places when she collapses. The paramedics are called, and they wheel her out to a waiting ambulance to treat what turns out to be a seizure. Maddie refuses to be transported to the hospital. She is not going to miss out on this day she’s been preparing for since March. Instead, she returns to the office, accompanied by raucous applause, cheers and whoops.

What strikes me about these devoted and able volunteer leaders is that they range in age from their 60s to their 80s. They are experienced, and they are wise. They maintain their cool even when conditions are challenging. They care about the people around them, not just the task that needs to be accomplished. They are responsible and reliable, even, as Maddie demonstrated, in the extreme. These elders are the backbone of the wildly successful effort to register new voters and to get out the vote.

It is now clear that the President’s re-election was due, in large part, to a massive and laser focused people-to-people ground effort. Volunteers were responsible for over 140 million calls or personal visits to potential voters, as well as 1.8 million newly registered voters. The campaign’s vaunted field infrastructure was blessed with talented staff, as well as bright young organizing fellows, who received invaluable training in community organizing. But none of this would have been possible were it not for the elders, who were the lifeblood of this entire endeavor.

There is so much about this campaign that gives me reason for hope. The power of elders in making change is one startling feature. In partnership with young people, older Americans fought for their country. They drew on their lifetimes of experience and their talents to carry out their vision.

As I reflect on this amazing effort, I wonder what else the growing numbers of elders will do to transform our country and our world. Perhaps Maddie and all of her peers who succeeded in this campaign will finally teach us, as the visionary geriatrician Dr. Bill Thomas says “Aging and the aged are not, as so often supposed, the cause of our problems—they are and always have been the source of the answers we need.”

Let us be inspired by Maddie, and all of the elder volunteers, to make the difference we can make, and to treasure our elders who give their great gifts, as well.